Positive Deviant leadership and the Art of creating metrics that sizzle 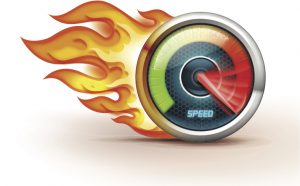 Can you remember having one of those moments in your career when the ‘penny finally dropped’? Mine came relatively early on at a company-wide conference at Wembley Arena. ‘Cue stage lights, cue dramatic music’ and there in the distance at the centre of the huge stage was Jan Lescley the then CEO Smithkline Beecham.  Drawing on his experience in a former life as a professional tennis player, he said something that never left me, ‘…if you’re not keeping score you’re just practicing’.

In other words, if you’re serious about the business you’re in, metrics are going to be important. In the age of big data it’s never been easier to get a handle on the question ‘Are we winning or losing?’  This is rocket fuel to an organisation’s decision making process. However, there is a health warning that comes with metrics.  They must be handled with care. I’ve seen what happens when not enough thought and attention goes into selecting metrics.  Sometimes in pursuit of the numbers, behaviours are triggered that drain the humanity out of the organisation. So how do we create a metrics culture that strikes the right balance between the emotional intelligence of James T Kirk and the logic Mr Spock?

Here are 6 things a leader should avoid when developing metrics.

When you take a close look at the metrics your for organisation, how closely do they align to the 6 principles for creating metrics that sizzle? Are they driving the right behaviours?  Are you using your metrics effectively to identify sources of innovation e.g positive deviants?  Are you really keeping score or are you just practicing?

If you want to sign up for future blogs please register here.